Jimmy Fallon is notorious for engaging with his crowd on Twitter, and he is at it again with another round of humorous #hashtags.

This time around, the late-night TV host sparked a wildfire of answers when he asked everybody to talk about their awkward #IGotCaught moments.

After getting the ball rolling with his own awkward narrative, Twitter fans appeared straight in and shared each of the seconds they wish had never occurred.

Following is a look at 50 of the funniest #IGotCaught minutes which can make you so happy that you did not get caught doing exactly the same! 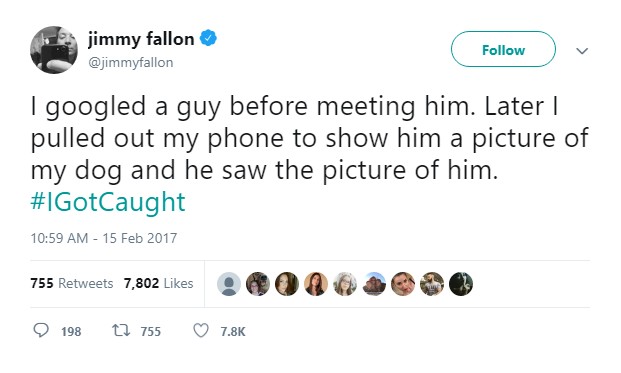 Google is our friend! Except as it makes us seem like a stalker. Note to self: do not save images of strangers you have Googled in your mobile phone.

Prev1 of 50Next
Prev Article Next Article