During World War II, Maria Dickin, the sole founder for the People’s Dispensary for Sick Animals (PDSA), a veterinary charity, was touched by animals used during wartime and how it affected them. She then instituted the PDSA Dickin Medal. This is the animal equivalent to the Medal of Bravery or Victoria Cross to display the extraordinary bravery and valor displayed by certain animals during periods of extreme warfare. Police dogs, horses, guide dogs, and carrior pigeons have all been awarded the medal. Here are ten impressive animals awarded the Medal of Bravery. 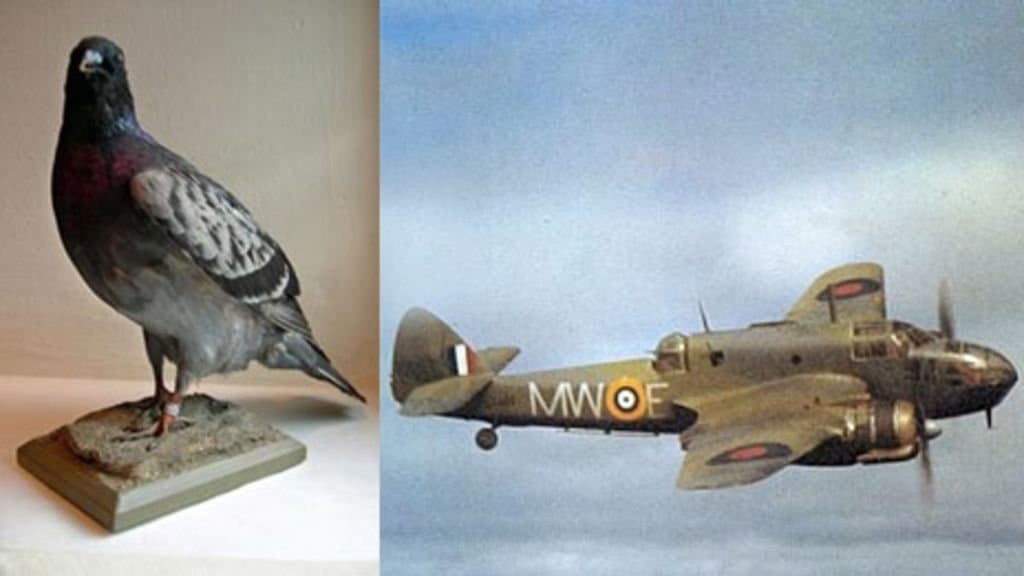 Winkie, a carrier pigeon, was awarded the medal for its dramatic flight for help across the North Sea. The desperate crew of a downed bomber would have perished if it were not for the heroics of this single pigeon.