The selfie craze that swept across the world a few years ago is still going strong, with people having some fun and snapping photos of themselves on their smartphones. It has become one of the main ways that people share their experiences with others, sharing their selfies with friends when they are out at an event or even on vacation. Yet not all selfies are harmless fun. In fact, recent data suggests more people died in 2015 trying to take selfies than were killed in shark attacks. This is largely due to people trying to take ever more adventurous selfies that put them in real danger. 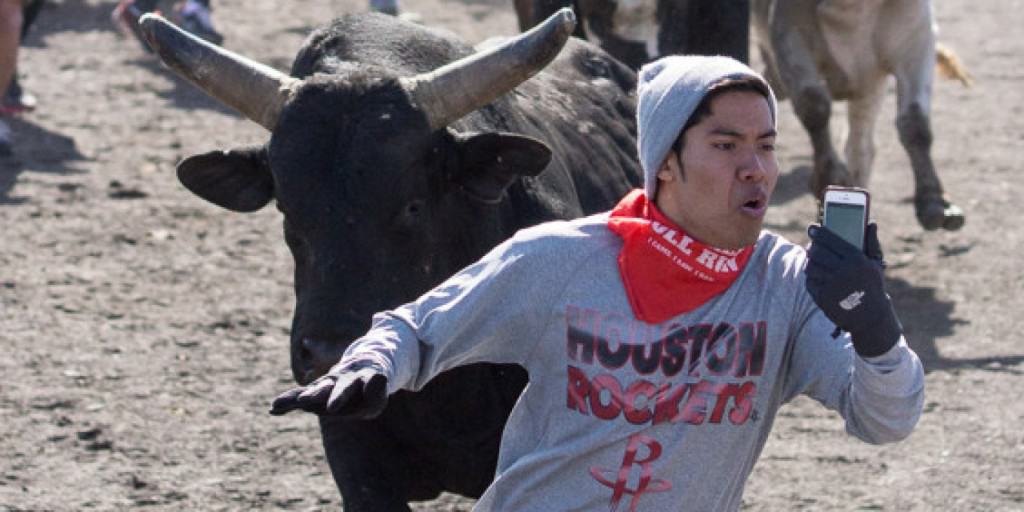 Bull running is a dangerous enough activity without adding other risk factors to it. That hasn’t stopped many tourists and Spanish citizens from trying to grab a selfie while participating in the events, taking their focus away from the angry animal that is charging towards and instead becoming fixated on their phones.