The following list was composed to help prepare the unassuming individual for an alien invasion. For how many centuries has humanity pondered the stars, wondering if we were alone in the universe? Well, as it turns out, aliens have already visited earth, and they are already walking among us. They have been trying to blend in, but so far they have not mastered the necessary reconstructive surgeries. What’s more, they often misinterpret humans’ ideals of beauty, often skewing what was already picturesque. Read on to familiarize yourself with this new species, so when you meet one in the street you won’t be altogether dumbfounded or fooled. 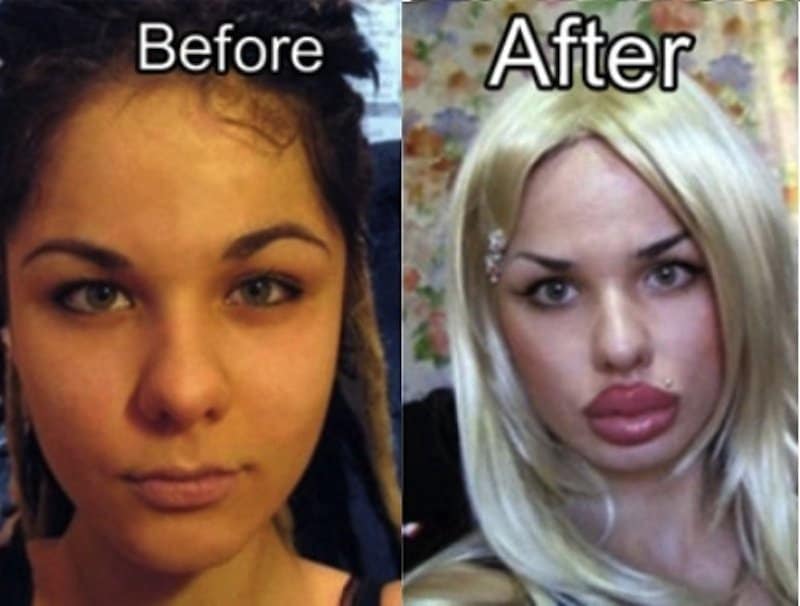 They just can’t help but grab you’re attention; you can’t help but stare at them, unsure whether to be attracted or repulsed. When you sleep later that night, you’ll have nightmares of those lips coming for you, seeking you out to gobble you up.