Fashion and clothing taste is, of course, subjective, and it’s easily said that if we were all the same, it would be a boring planet, indeed. The fashion world proves this, and it could be also said the fashion world exists to turn heads. That’s what they do, and it’s what they’re good at, even if their yearly self-one-upsmanship takes on completely different dimensions than in the past. Crazy fashion wouldn’t be crazy if it didn’t make us take notice, even if we do have a “What the heck?” expression on our faces while we’re doing all that noticing.

No,. they’re not taking up “la lucha libre.” It’s a rather strange, yet ingenious thing that was invented to help protect your face from the sun. As un-sexy as these might look, they’re actually quite popular. You can wear them with or without an accompanying bodysuit and they sell for quite cheap in either American dollars or Chinese yuan. 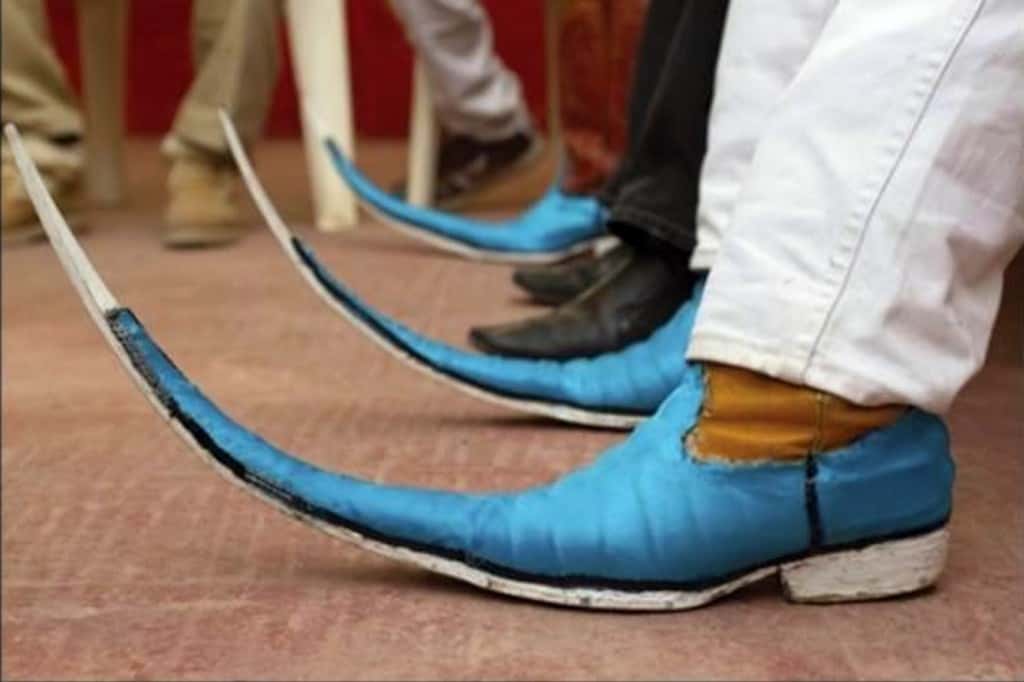 Apparently, super-pointy boots have become quite a thing for men to wear in Mexico recently. Interestingly enough, they aren’t the first culture to have thought of this. If you ever recall reading old stories and seeing old pictures of men in the Middle East, particularly the Arab nations, you might recall seeing them wearing pointy shoes that curl up at the toes – supposedly indicative of virility.

Prev1 of 11Next
Prev Article Next Article