Why was there a beak on the plague doctor mask? 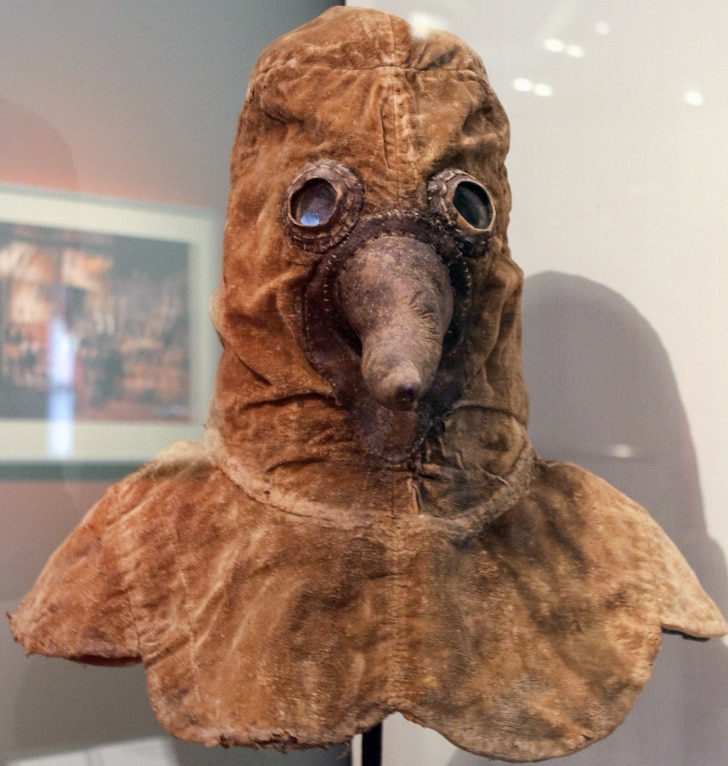 The famous plague doctors wore special masks with a beak. However, the beak wasn’t there to intimidate people: it was used to carry substances with a strong odor: for example, a cloth soaked in vinegar, flowers, herbs, or something like that. It was believed that the plague could be stopped by this type of filter. The only question is when exactly the plague doctor costume was created. Even though a popular opinion is that it was created during the plague outbreak during the 14th century, there is no exact evidence of that. Some experts believe it wasn’t invented until the 17th century.

The first plague pandemic that we know of broke out in the middle of the 6th century and killed more than 125 million people in Europe and Asia. There was also a pandemic in the 14th century: it was brought from China to Europe and reached Russia where it killed the population of several towns. In Europe, more than 25 million people were killed by the plague. At that time, this was 1/3 of the entire population of Europe.

Prev2 of 6Next
Prev Article Next Article