Michael Jackson was a picky dresser, and he wanted to stand out. That’s why his costumes had a lot of details that made everyone wonder why they were there and what they meant. For example, almost every jacket Michael Jackson wore had an armband on the right sleeve, and some of his jackets also had “777” sewn onto them.

1. Why he wore smaller costumes at the end of his shows 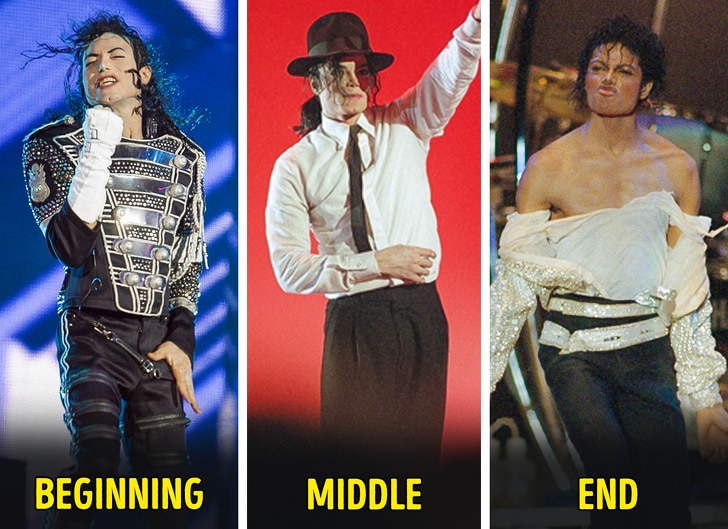 Michael Jackson`s dance routines were very physically strenuous, and he gave his all during his performances. By the end of the show, he would often lose up to 5 lbs, and his waist would become one inch thinner. And since it was important that his clothes fit perfectly, so that he could show off his dance moves, every next costume was a bit smaller than the previous one.